Leadership Conversations: Incense in the Halls of the Office 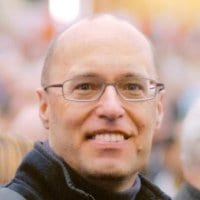 Scott Scherer, President and Owner of Catholic Travel Centre and Principal of CoreWorks Consulting, believes leaders can benefit in particular ways from mindfulness. “I think it helps them, one, to have more measured responses and not reactions to situations. I think they’re often surprised with stuff that comes up. That’s one of the things that happens to people who sit in a leadership chair. They’re responsible for making decisions with limited information on short notice and clarity is very important. Mindfulness enables them to see what’s going on more clearly and to be aware of their own reactivity that might be pulling them in one direction or another: As we say, ‘To be with it, but not become it.’

“The water cooler conversation prior to the course’s commencing carried all the stereotypes of what meditation was about” said Scherer, of the mindfulness course he taught at a law firm with Jeremy Hunter, professor at the Drucker School of Management. “Are we going to be smelling incense in the halls of the firm?” people would laugh. 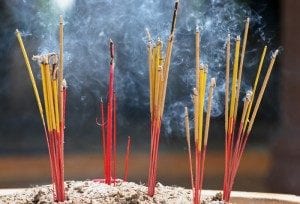 “There’s a lot of neuroscience that we bring into it. We also translate the vernacular into things that people can understand. The examples that we give to people in class are situations they can work on in real life,” Scherer explained. “I just talked with the COO of the firm and he was talking about how beneficial the course was for him. He meditated every day now and he thinks he’s making better decisions. He sees situations more clearly. It’s having a ripple effect into his family life.”

“We should have taken before and after pictures of the people in the class,” Scherer said. “The people who left the class looked very different than the people who started the class. Their physiology was looser. Their faces were less taut. They realized there’s stuff that they could do. They weren’t helpless to the stresses. They were able to respond.”

Scherer, 55, became interested in contemplative prayer in his 20s. After a car accident in 2003, that left him “vibrating” he began to explore mindfulness as a way to “calibrate my nervous system without a pharmacological intervention.” “I had a very strong bodily reaction after the accident, like an energetic reaction.” He attended a Mindfulness Based Stress Reduction course based on Jon Kabat-Zinn’s model and then while studying at the Drucker School, Scherer took a class with Hunter on a mindfulness based self-management which “turbo-charged” his interest. “He and I had a shared passion for looking at the applicability of contemplative practice to organizational life and the contributions that it can make there.”

The firm agreed to his proposal and Scherer and Hunter created and co-taught the formal eight session course last fall, which was “fashioned to fit for lawyers.” “Some of the scenarios and examples we used would be specific to legal life,” Scherer said.

The course met every two to three weeks; during the breaks between sessions, participants were expected to complete readings and practices. The sessions and readings covered topics including dealing with distractions, growing one’s attention “in strength like a muscle,” mindful conversations, and sensations in the body.

Scherer said, “We did some teachings around… how to equilibrate the nervous system by moving attention away from the part of the body that’s feeling stressed, for example…We’re about to go into the courtroom and I’m feeling stressed. What do I do? Sensation-wise, where is that registering in my body? My neck and it feels really tight. Is there any place that’s not feeling tight? Well, my feet are feeling rather ok. Ok, so what happens if you move your attention to your feet? Then people discover, lo and behold: Wow! All that tension that was localized in my neck is now dissipating.”

A second course for ten partners is scheduled for this coming fall. “It’s a group with about 60 partners and so we’ll have about one third of the firm now that will have studied mindfulness,” Scherer said.

Scherer says the biggest challenge to his personal practice, which includes a morning yoga routine, occasional morning meditations, a formal five minute mindfulness break before lunch, two to three minute meditations throughout the day, and a mindful evening gratefulness exercise is “to not let anything else get in front of it in the beginning of the day.”

To learn more about Praxsys Leadership and what we do, check out why you should choose us as your guide to mindfulness and leadership.