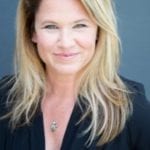 We are excited to announce Jennifer Hooten, M.A. as our keynote speaker for our upcoming Women in Leadership Mini-Retreat titled “Compassionate Action Without Burning Out.” Our team member, Becca Spence Dobias, had the opportunity to interview her on the topic.  Get a glimpse of what to expect in our upcoming retreat!

Jennifer Hooten has always, “had a sense intuitively that we are on the earth to make it better.” She says, “It’s not just something we get to do if we choose to but it’s also not a harsh dictate. It’s almost a privilege.”

Hooten says, “A central experience of being a human being is being aware of the world in which we live and act and are in relationships. I think inside of all of us, when we’re at our best grounded self, compassion naturally flows. We don’t have to teach each other how to be compassionate. What I do is think about the ways we can get back in touch with that grounded self so that we can act with greater compassion in the world.”

A compassion framework called the Compassion Practice, which Hooten encountered three years ago, changed her life. “This teaches you how,” she says. “How do we do this in ways that are genuine and how do we build this muscle that we each have to act in compassionate ways? That’s what I hope I’ll be able to talk about.”

Hooten has brought the Compassion Practice to her professional life as well. “I was having this experience on a personal level but then I was in a job. I had a team of people and different offices that reported to me. I started thinking that if I can act this way, everyone else around me can too. People are usually more satisfied when they’re acting from that place anyway. I asked ‘How can I, as a professional, set up organizational routines and mechanisms and structures and ways of being that invite people with whom I work into this same experience of building compassion in their lives?’”

She began to pay attention to personal interactions and how she structured meetings and eventually built her staff meeting agenda with a compassion practice in mind.

Hooten said, “The wonderful outcome of that was that all of us in the room were able to talk at a much different level about many different things. Usually in organizational conflict, people get stuck because they’re talking about positions—the positions they hold and the positions they have on certain issues– instead of what is actually driving them. What using compassion can do in an organizational context is make it safe for everybody to have a different conversation—about the underlying issues and be able to then find some common ground.”

Hooten said her “experiment” bringing compassion practices to staff meetings “worked out so beautifully” that she started using it as a template for other meetings. “I began in my work translating personal practices and making them tools in organizational environments—being able to translate the literal language of contemplative work and doing that in the organizational sphere.”

An essential part of bringing compassion to the workplace, Hooten says, is “Radical inclusivity.” All perspectives are welcome even if they’re dissenting. People who have a difference of opinion, and a strong one, are usually marginalized and don’t get the same kind of air time as those who are going along party lines. My approach, through these compassion practices, is that people have that dissenting viewpoint for a reason and we miss out if we don’t figure out the driver behind that. I normalize right from the outset that any and all thoughts and feelings and positions are absolutely welcome.”

I asked about the two parts of compassionate action—the practice she will be sharing with participants at the November 20th retreat. Compassion, Hooten explained, is “at its core, a fundamental awareness of other people and their suffering. It can also be an awareness of ourselves and our own suffering. It’s an instinctual desire to want to help and alleviate that suffering. Compassion is that gut sense that moves us to want to act and alleviate it.”

Action, in Hooten’s work, “is what allows our internal and intangible values to break forth and enter the world. We can think things and feel things but sometimes that is kept to ourselves and it doesn’t actually make its way out. Action is where our values and our core beliefs can actually enter the world in a way that is visible to others and in a way that can be seen and replicated and have an impact.”

“There are a lot of actions that we can take in the world but that doesn’t mean they’re wise ones,” Hooten says. “But if they are driven by our values and they are carefully considered in their implementation then the action becomes an outward manifestation of an inward value.”

Hooten says learning more about compassionate action is important for women because “We have comfort in speaking about our internal worlds and there’s an expectation that women will do that too. In a way, we’re uniquely positioned to be able to talk about these things with some good structure and familiarity. So the next question is about our tools—what are the best tools to help us do that at the next level deeper? That’s what this work really provides: Some tools, some brain work, to be able to talk about what might come naturally to us, but talk about it in a new way or a deeper way.”

The retreat, Hooten says “will not be just an information exchange.” Attendees can expect to “create space to practice some of these things together” including guided meditation, journaling exercises, and other activities.

“We’ll spend some time thinking about what personal practices could look like to be able to get grounded. That’s really the core of all of this—to get back in touch with that self of ours that wants to act compassionately but is blocked in some way,” Hooten says. “I’ll share different ways I’ve adapted certain practices to have usefulness in the organizational context: a lot will be around conflict resolution and transformation as well as leadership, especially as it relates to power.”

The Women in Leadership Retreat will take place November 20, 2015 at the Rancho Santa Ana Botanic Gardens in Claremont, CA.