Unbox Your Board! by Max Freund 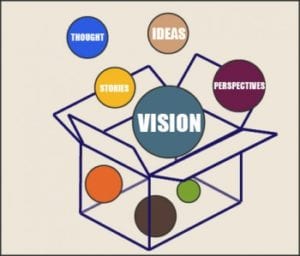 Board member engagement is a perennial challenge for board leaders and CEOs alike. In the most recent edition of its biennial Governance Index entitled Leading with Intent, BoardSource found that fewer than 1 in 5 CEOs strongly agree that board members are engaged.

Often, the problem is the lack of meaning and creativity in so much of the work boards do. Take a look at your board’s last minutes — how much of the agenda was spent on routine informational reports, backward-looking reports on last month’s financials and the latest fundraising event, and of course, exhortations to do more fundraising?

What would your board meetings be like if members were called upon to engage creatively in complex questions of real significance to the future of your organization and the people it serves? More importantly, what could these sorts of conversations do to unleash your board’s unrealized potential for leadership that charts the organization’s future rather than overseeing its past?

This is the “generative mode” of governance that the authors Richard Chait, Bill Ryan, and Barbara Taylor describe in their influential book Governance as Leadership. This is the thought space in which boards and executives frame problems and make sense of ambiguous situations, fundamentally shaping the organization’s definition of its own mission, identity, culture, strategies, plans, and results.

How can we break out of old habits and get the board thinking generatively? As one of my favorite governance bloggers, Debra Beck, reminds us in a recent post, the great majority of adult learning happens “on the job” through role modeling and active practice. In other words, the only way we can get better at generative thinking is by doing it.

In the first part of a three-part series, here are some tips for board chairs, CEOs, and committee leaders (and even leaders of other teams) to spur more generative and reflective thinking. I encourage you to apply these in your next board meeting. Over the next few weeks I will be posting more ideas for making board meetings more productive and focused, and for creating learning loops for continuous improvement.

Break out of the Box

For more information on becoming a more productive and creative leader, contact our office at (909) 632-1624.